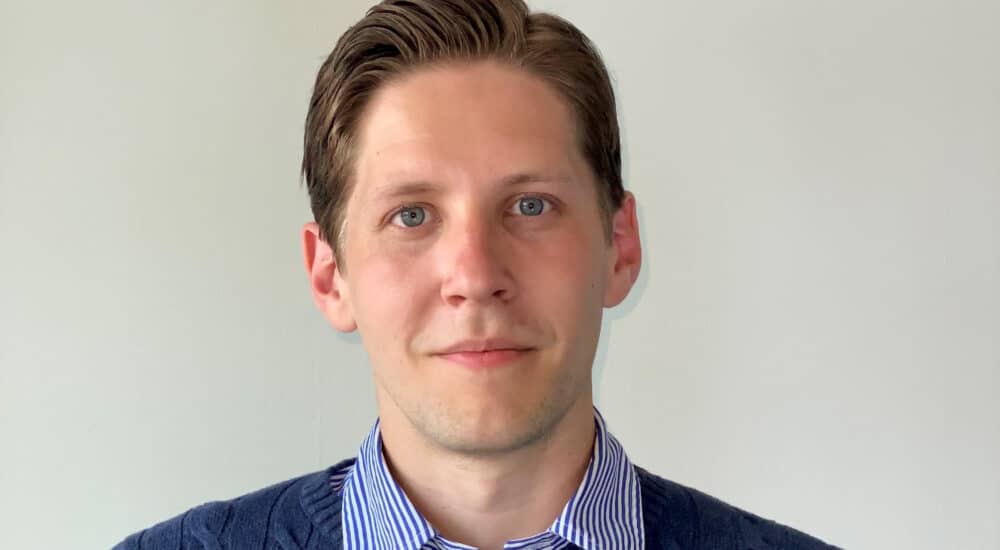 At the beginning of May, Fredrik Westin made his debut at Enequi in the role of a project salesman. Fredrik is based at the Stockholm office and will contribute to broadening Enequi’s operations in Sweden as well as internationally.

– Two months have passed, and everything feels great! There is a great atmosphere at Enequi and all of my new colleagues have been very helpful. This chance to contribute to the energy transformation feels just right.

Fredrik’s main task is to be the contact person for Enequi’s partners and to expand the network to new partners, both in Sweden and the rest of Europe.

– It all started when Enequi’s CEO Håkan Svärd reached out to me, asking if I was interested in becoming a salesman at Enequi. Our first meeting gave me a great feeling. I got very excited and could do nothing but accept their offer.

In his new role as a project salesman at Enequi, Fredrik’s talent for language also comes in handy. One of the things he is looking forward to the most is participating in the company’s international expansion.

– I speak four languages ​​- Swedish, English, German, and French. As icing on the cake, I am also learning Spanish. I look forward to using my linguistic knowledge in work during Enequi’s international expansion.

Fredrik most recently came from the role of a salesman at a hardware store where he worked for six years. Clean-tech is a new industry for him, but he sees several years of experience working with electricians as a good foundation for his upcoming assignments at Enequi.

– I would describe my previous role as very flexible, even though I worked as a salesman. I had to step in where it was needed, and that has given me experience. In my role, I also had daily contact with electricians which is something that has already helped me in my work at Enequi.

We at Enequi are happy to have Fredrik on board. We are looking forward to many brilliant years ahead.